so this was the question asked in Lunar astro FB group few days ago -Is there any astrological significance to tattoo on the body and as lot of people are getting inked now a days as compare to earlier times with lot of options available in tattoo shops- Its difficult to choose which symbol we can opt for.

Any shape or symbol when we wear in form of locket or draw on body -It act as an mark to universe to attract certain energy as if you see when we do any ritual we draw lot of symbols to attract good energy such as most common one you must have seen is people drawing swastik and writing shree on the entrance for the good luck.

Similarly a dummy face of devil in front of house to ward off any evil eye are some of the common examples we can easily see around us similarly lockets of OM or any god goddess or Venus pendant with encircles is very common but why we are doing all this is so we can attract similar energy towards us. As we all know all types of energy is available in the atmosphere -good, bad, ugly and these energies help us via different mediums- sometimes through people, sometimes through thoughts while we are sleeping and sometimes by giving us signals.

Everything around us in the form of symbols or pattern forms a miniature model of universe to produce a miniature energy related to that pattern to help us in our life. such as drawing a concentric circles mandala helps in the energy of Venus while drawing the pattern of Mercury helps kids in studies.

It must When we have very clear connection with our inner world and the moment we think about something -within few hours we start getting signals, news or some person comes with an opportunity in same direction and the reason it has happened is that we project that thought out in universe so strongly and with powerful conscious, specially when it is coming from heart which is clean from any grudges, jealousy as heart does not only get blocked physically but also the vibrations also get blocked due to pity issues we accumulate over a period of time,

Even when you are reading this- Please raise your both hands and while remembering the person you have grudges against or creating problem for you in this life. Say ” I forgive you” you need to learn to forgive and move on not for anyone else but for your own growth, You are as big as the battle you are fighting, so pick a task which seems impossible to do so that even when you fail-you will have no repentance of failing because it is worth trying.

So the tattoo he got in 1993 which is one of the most crucial and important year for the career of Johnny Depp is of downward triangle- As I have told earlier in one of the blog earlier that downward triangles are used for wealth and materialism but these triangles also brings lot of addiction and morality issues as downward triangle represents Rahu. Johnny Depp became actor in 1990 and he was doing sitcoms but only in 1993 he signed 3 movies which is a big leap in Hollywood and started getting noticed.

The energy of Rahu started to work in his chart but as it is placed in 12th house of chart in exalted position shows lot of relations with new people moving to uncomfortable zone and dispostior in 11th is gains -This is the year he won the golden globe award for the first time.

Interestingly he was also running the antardasa of Mercury only and I think that is why he got attracted towards the downward triangle tattoo to be marked upon his body and it clear gave him results.

Energy Bubble around Us 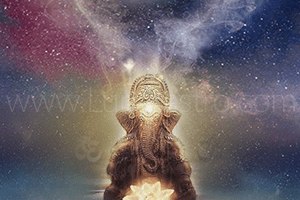 Energy Bubble around Us